The Horkos is a staple in the Spartan Blades’ knife line as well as one of the original designs they first came out with after the company started. Named after the demon protector of honor from ancient Greek mythology, the Horkos sleek but aggressive design allows the knife to be used in many roles, adding to its versatility. The modified clip point blade offers a great all-around blade shape for multiple tasks and the unique harpoon tip adds an interesting visual characteristic and a touch of aggressiveness without going overboard with that. What’s even more interesting is how the Horkos design came about, as it has direct ties to the military. 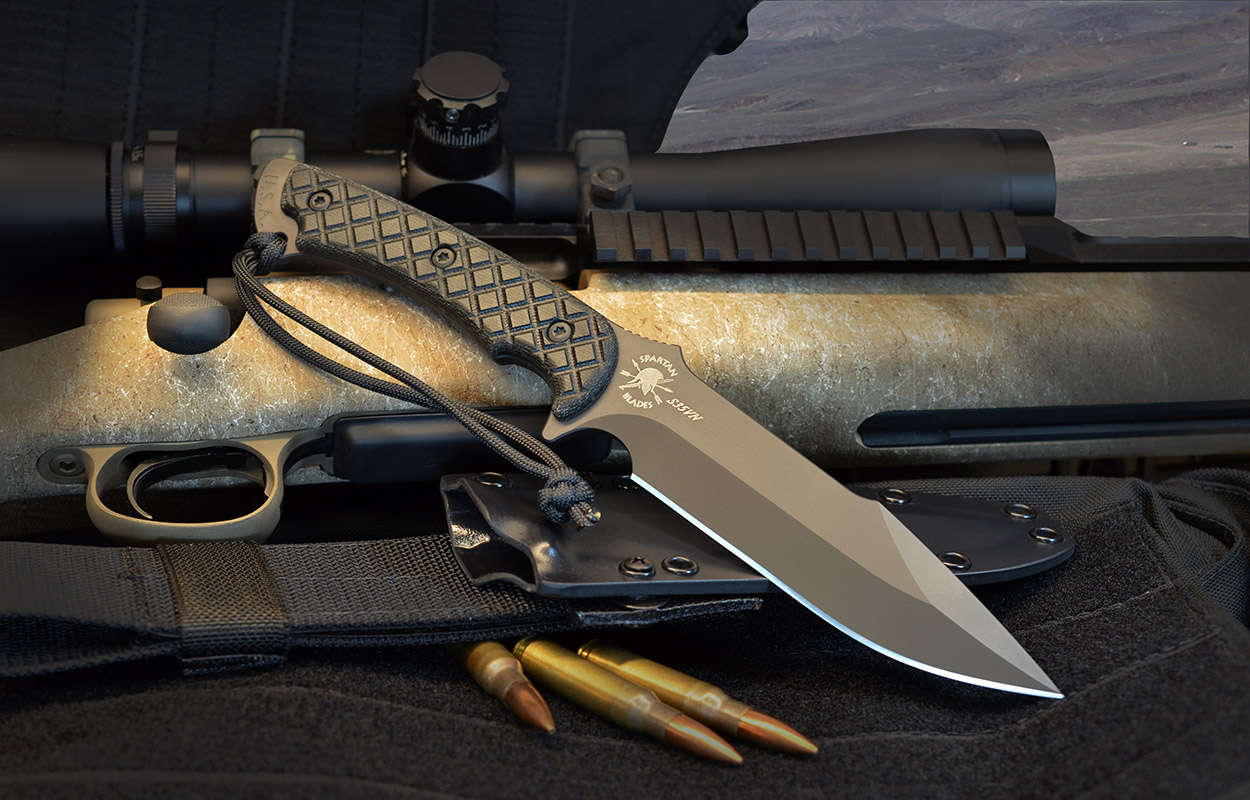 The Hooks or as some people call it "The West Point Knife"“The Horkos blade was designed by request of the Combat Weapons team at USMA. That’s the United States Military or as it is known by most people West Point,” says Curtis Iovito, co-founder and co-owner of Spartan Blades. At that time, Mark Carey’s (co-founder/co-owner of Spartan Blades) daughter attended West Point. She got in touch with her father and said that the Combat Weapons Team was looking for a way to raise funds for the school. “Many people think that the U.S Military Academy is funded exclusively with tax dollars but that isn’t the case,” interjects Iovito. The teams at West Point are mostly funded through donations and fundraising projects. Mark’s daughter explained to the Combat Weapons Team officials that Spartan’s knives would be a great fit for the Academy. “At the time, I was working in Iraq for a government agency. Mark Skype-d me said ‘hey listen, we need a few designs for the Combat Weapons Team to ponder over and decide on,” Iovito recalls. So, in between his missions in Iraq, Iovito drew up what eventually would become the Horkos design. He scanned and emailed the design to Carey and in turn, Carey forwarded that on to the Combat Weapons Team. They really liked it and wanted to go with that design. “I was happy as I didn't have to design any further knives!” joked Iovito.“The design philosophy behind the Horkos was one that could be not only a great combat knife but one that could be used as a utility knife as well,” said Iovito. 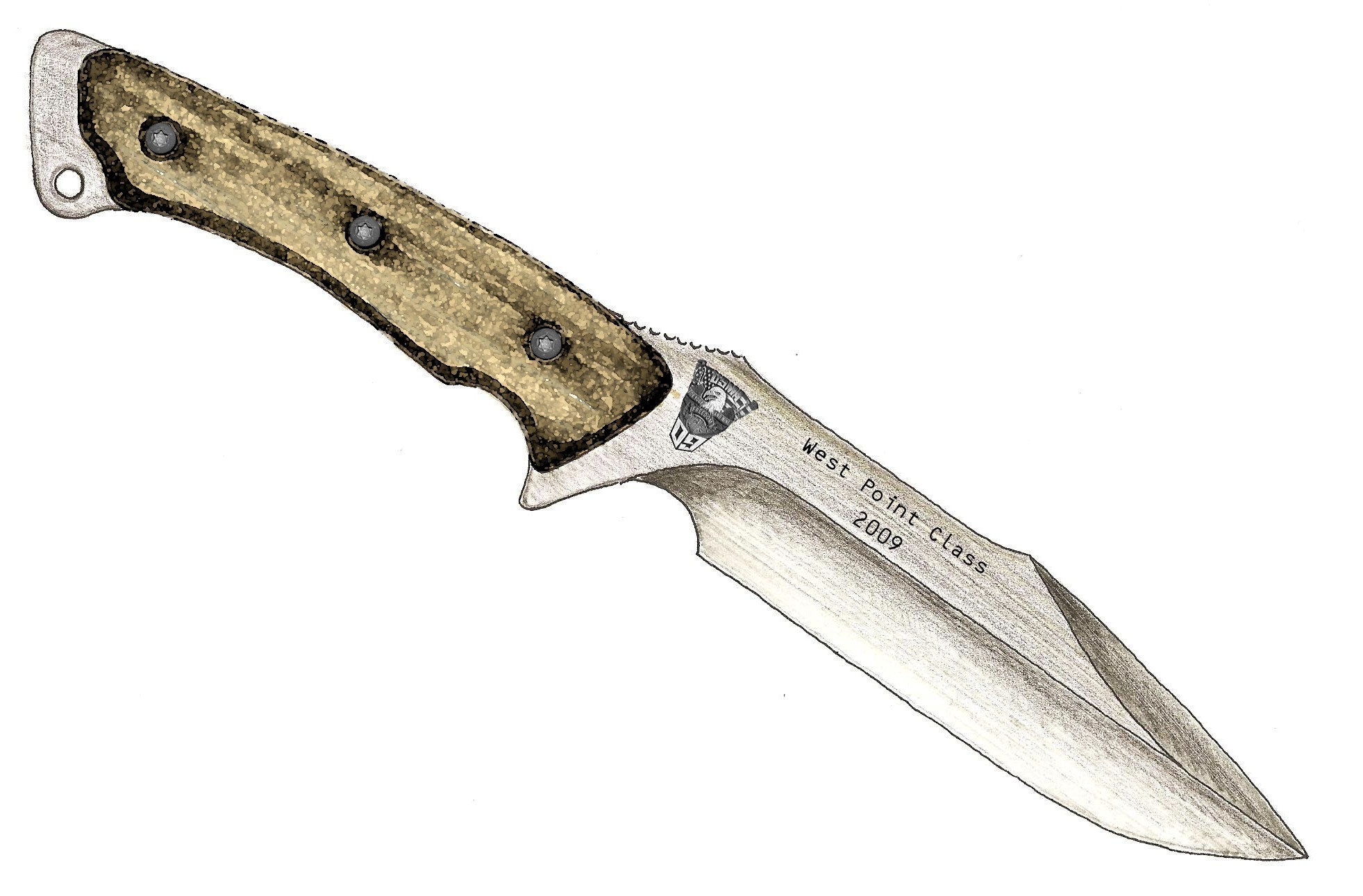 With a blade length of over 5 inches, the Horkos can be carried comfortably on your side and it’s big enough to accomplish most cutting jobs while remaining small enough as to not be unwieldy or get in the way of things. It could also be the ideal fixed blade in the event that you are sitting inside a vehicle and need a fixed blade that won’t feel uncomfortable. Premium CPM S35VN stainless steel is used for the ultimate edge holding power. The blade sports a PVD coating on either black or FDE. The ergonomic shaped handle is made from micarta in a choice of black or OD green. The handle incorporates an indexing finger recess as well as an expansion at the rear of the handle to prevent rearward sliding. To top things off, the Horkos comes with a choice of either a ballistic nylon sheath or Kydex sheath. Talk about options! 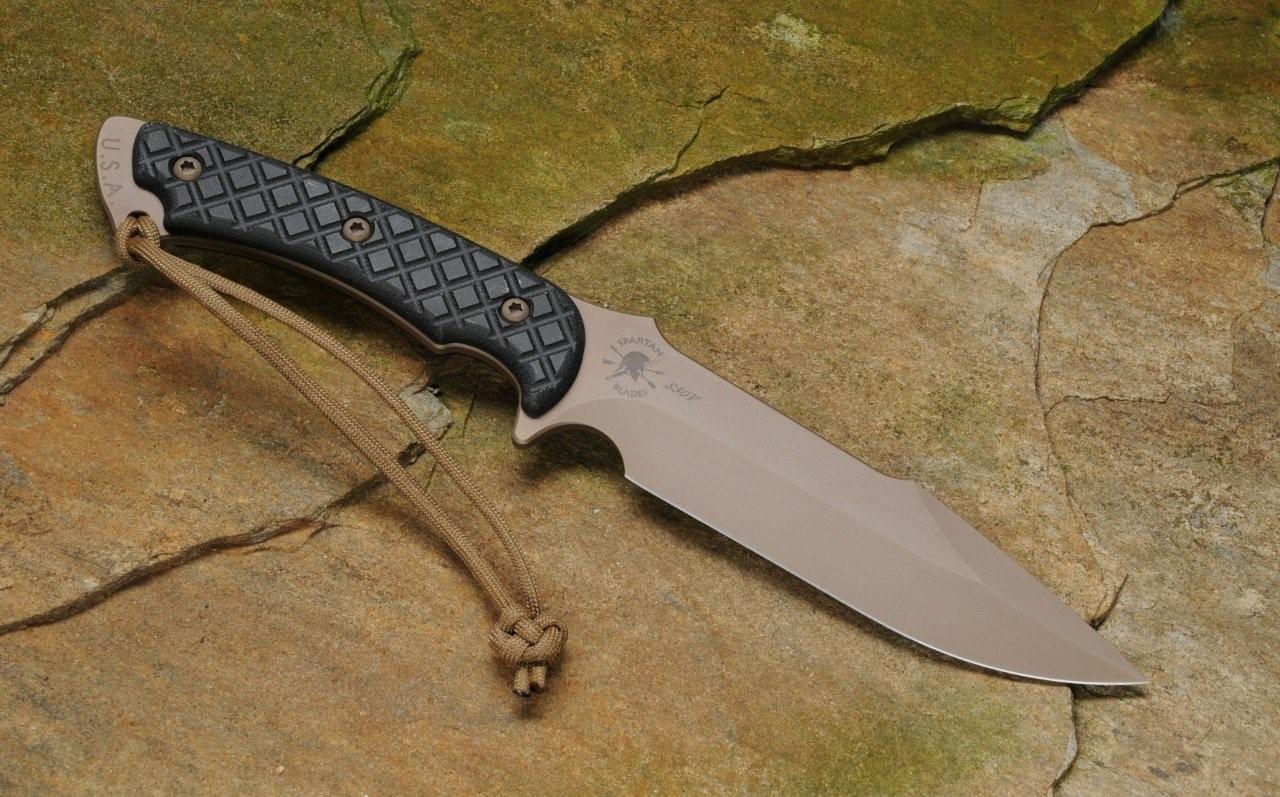 After the Horkos design was adopted by the Combat Weapons Team at the United States Military Academy, they requested that their graduating class logo be engraved on the blades, for the ones going to the graduates. And because of the small number of annual graduates from the Combat Weapons Team, they agreed to allow Spartan Blades to sell the civilian grade Horkos, which is the one without the special engraved logo on the blade. Says Iovito, “The purchase of the Horkos combat knife by graduates and members of the combat weapons team has become a tradition over a decade old now.” When you purchase an Horkos, it's safe to say that you are in good company, with the United States Military Academy and Spartan Blades. 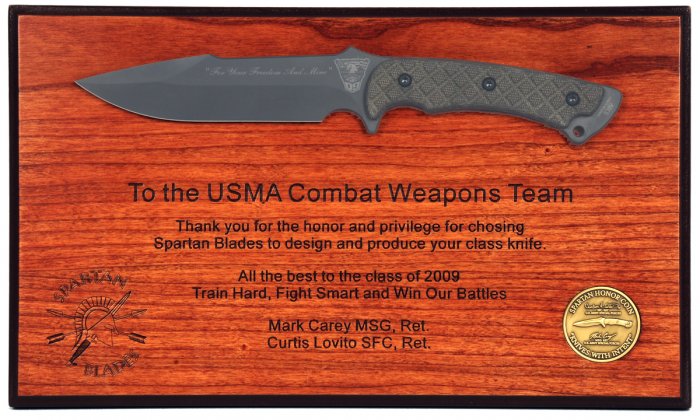 Thank you plaque sent to the CWT in 2009