You might ask “what IS that two finger groove handle thing?” after reading the title. After learning about what this is and who uses it, I decided it was pretty neat and warranted its own blog entry, because its become a hallmark of a certain knifemaker’s designs. And with good reason. The knifemaker I am referring to is Bill Harsey. To see what it is I am talking about, take a look at the Spartan SHF and Harsey TT knives. The handles have not one but two finger grooves in which the user’s grip is indexed. A lot of manufacturers have handles that have only one finger groove. Harsey’s designs use two. Harsey was kind enough to send me his discourse on the how’s and why’s of this two finger groove handle feature. 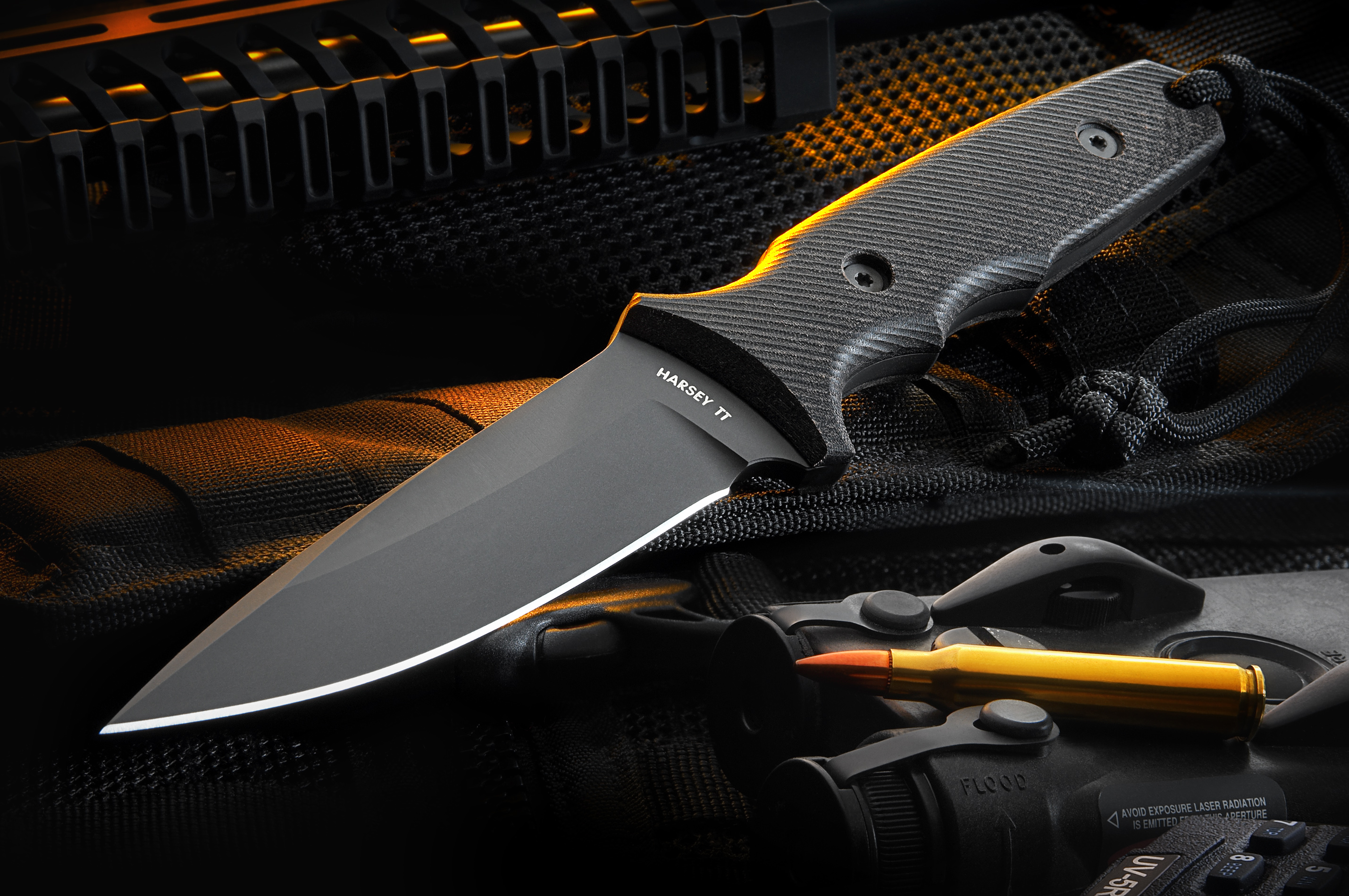 “Many years ago, I first did that for a large folder I designed and prototyped for Lone Wolf Knives,” Harsey said. (Note: Lone Wolf Knives is now defunct). “About twenty years ago I then used the concept of a double finger groove on the Yarborough knife for the US Army Special Forces which continues to be produced by Chris Reeve Knives”. Harsey explains that the index and middle fingers are the strongest fingers of the hand. “Once those fingers are referenced in the handle, you have the knife gripped and know where the edge is, “ he begins. “The double finger groove is for both tactile reference and grip strength”. Once your hand is comfortably seated on the handle, you are aware where the cutting edge is. The finger grooves also stop any sliding of the handle in your grip by locking your fingers onto the handle. It just feels very comfortable and secure. “A knife should have a handle design that guides the user,” Harsey says. If you have a chance to check out the Spartan Harsey Folder or the Harsey TT, pick them up and try the handle on for size. I think you will agree. “The Spartan Harsey Folder is a continuation of this double finger groove handle concept,” says Harsey. “My first use of the double finger grooves is dated by one of my master patterns in the shop, 1998. The drawings would be a year or two older”.