FROM THE AUTHOR: This will be the first installment of what will become eventually, a series of in-depth looks at each Spartan Blades design, with direct input from their designers as to the why’s and how’s and major selling points of the designs. Not just a mere re-hashing of specs that can be found in the catalog section of this website but information to augment such, thus allowing the consumer to be enabled to make a more informed decision with their purchase. Hope you enjoy!

The Spartan Blades / Les George designed V-14 dagger was designed and manufactured not as a repro of any of the famous daggers that came before it, but rather to capitalize upon more modern materials and manufacturing techniques that were simply not around during the time that previous famous daggers were popular. Those of you who are well-versed in daggers, know all about the famous Fairbairn-Sykes dagger that was designed and made for the British Commandos in WWII. There’s also the off-shoots of the Camillus Marine Raider Stiletto and the Army V-42 dagger. Each of these obviously, did one thing and did it quite well. Even today, the total symmetry of a dagger design still captures many the eye of knife enthusiasts everywhere. The knife itself is lethal as it is sexy. This lethal sexiness is what keeps us coming back to daggers and one of the reasons why this design in general, has transcended time and the popularity has never gone away.

“At the 2013 SHOTs Show I was showing a damascus bladed version of the Fairbairn-Sykes dagger to Mark and Curtis of Spartan Blades. They really liked it and Curtis suggested that we should do a dagger project,” says knifemaker Les George. George himself is a veteran, having served in the Marines as an EOD Tech. Hence, he began working on this project but prior to him finalizing its design, there were some other companies who also released their own versions of the Fairbairn-Sykes dagger. “Curtis called me and asked if I even wanted to bother with it,” recalls George. “I immediately said yes, but let’s not just do another reproduction, let’s do it over.” Using the Fairbairn-Sykes, Army V-42, and Marine Raider Stiletto as inspirations, Les George eventually drew up what is his own design, and produced by Spartan Blades. “I really wanted this knife to be a continuation of the line of daggers that preceded them, I did not want to make a reproduction, I wanted to make another step in the progression and evolution of the design,” he indicates. With his new design, dubbed the V-14, you can see where its design lineage pays homage to the three famous daggers, but the entire piece has its own modern spin that ushers this dagger into the modern day. “The V-42 was introduced in 1942 and the v-14 was introduced in 2014, the entire project it a nod to the past while looking to the future,” adds George. 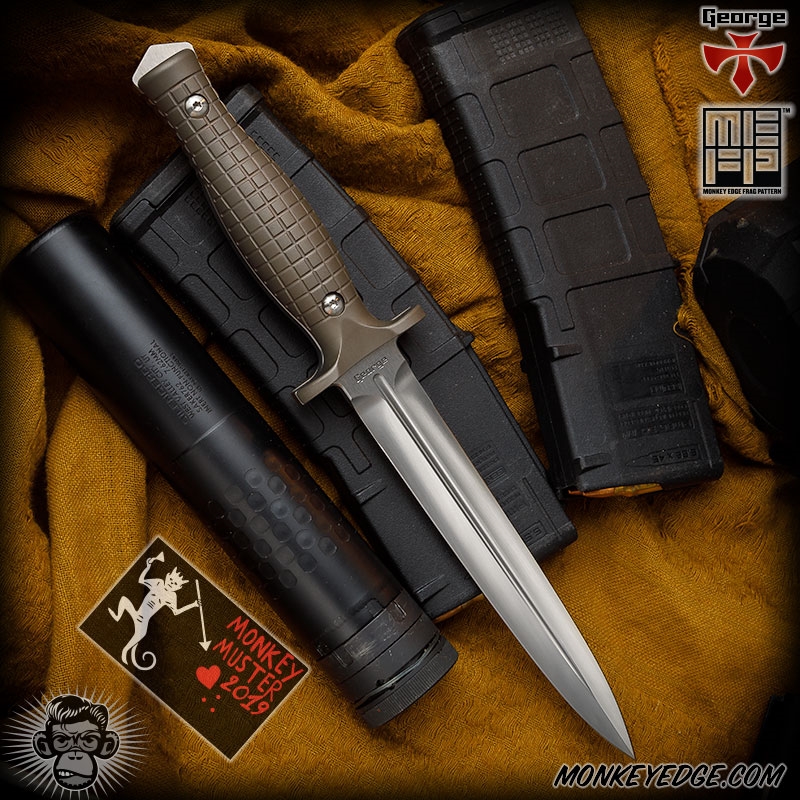 A custom Dagger Made by Les George Credit: monkey edge.com

A part of Spartan’s premium Elite/Gold Line that is manufactured in Southern Pines, NC, the V-14 is expertly constructed of the best materials that are used in knifemaking today. CPM S35VN is used for the blade steel and machined G-10 for the handle. In-hand, the V-14 is solid as it is agile, and the use of more advanced materials in its construction makes the dagger one of the beefiest modern production daggers on the market. “I tried to combine the best elements of the designs and leverage technology and materials that were not available in WW2 in hopes of earning a place in the lineage of this design family,” says George. Take one good look at the V-14 and you will see, Les George outright has earned his place in knife history with this design, taking what the Fairbairn-Sykes, Marine Raider Stiletto, and Army V-42 have all brought to the market and stepping things up a few notches with the use of much better materials and thus a better build quality overall. “It's been an extremely educational experience for me and I am very pleased with the result” If you purchase the Spartan Blades/Les Geroge V-14, I believe you too will be very pleased as well. 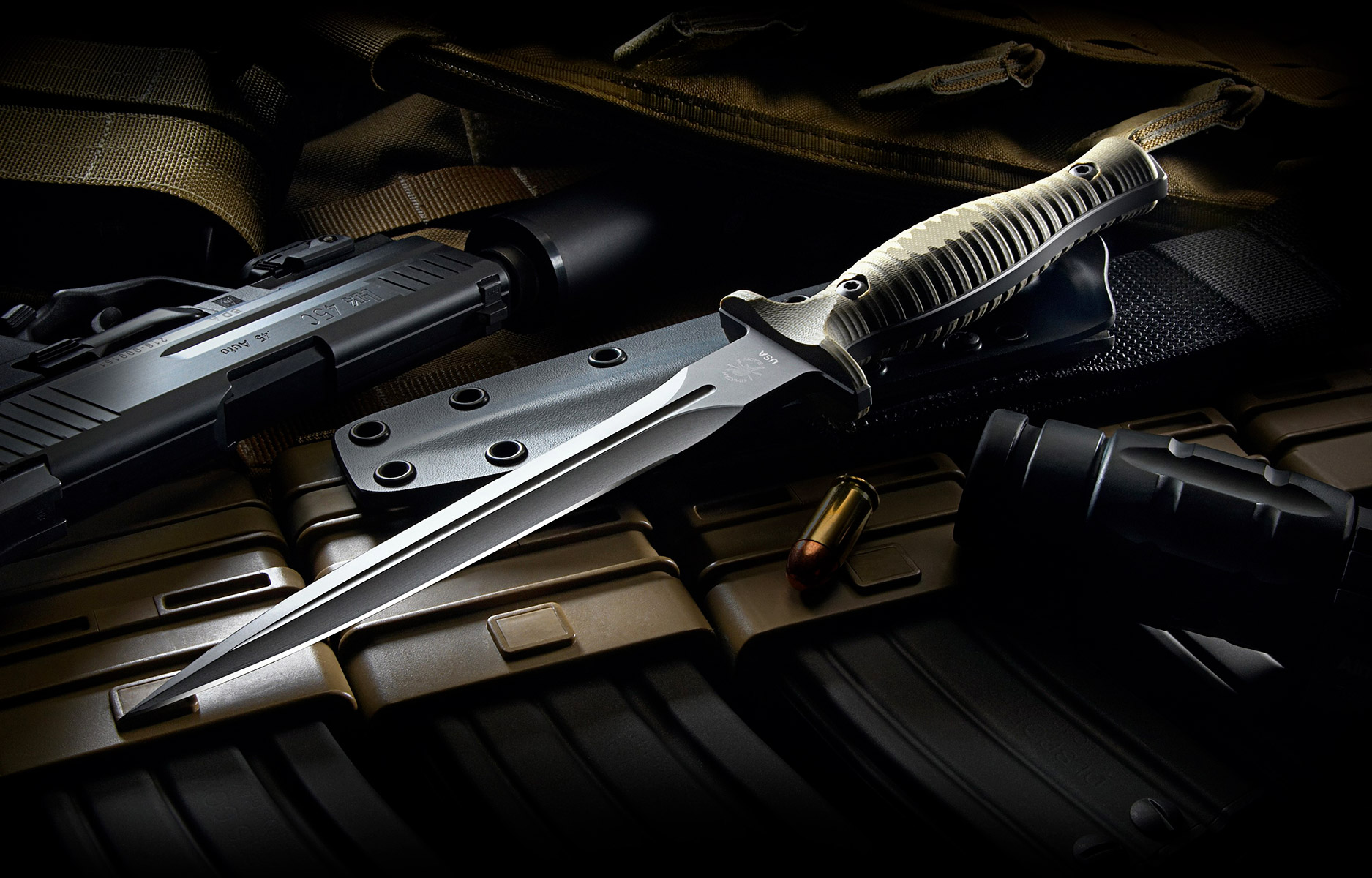