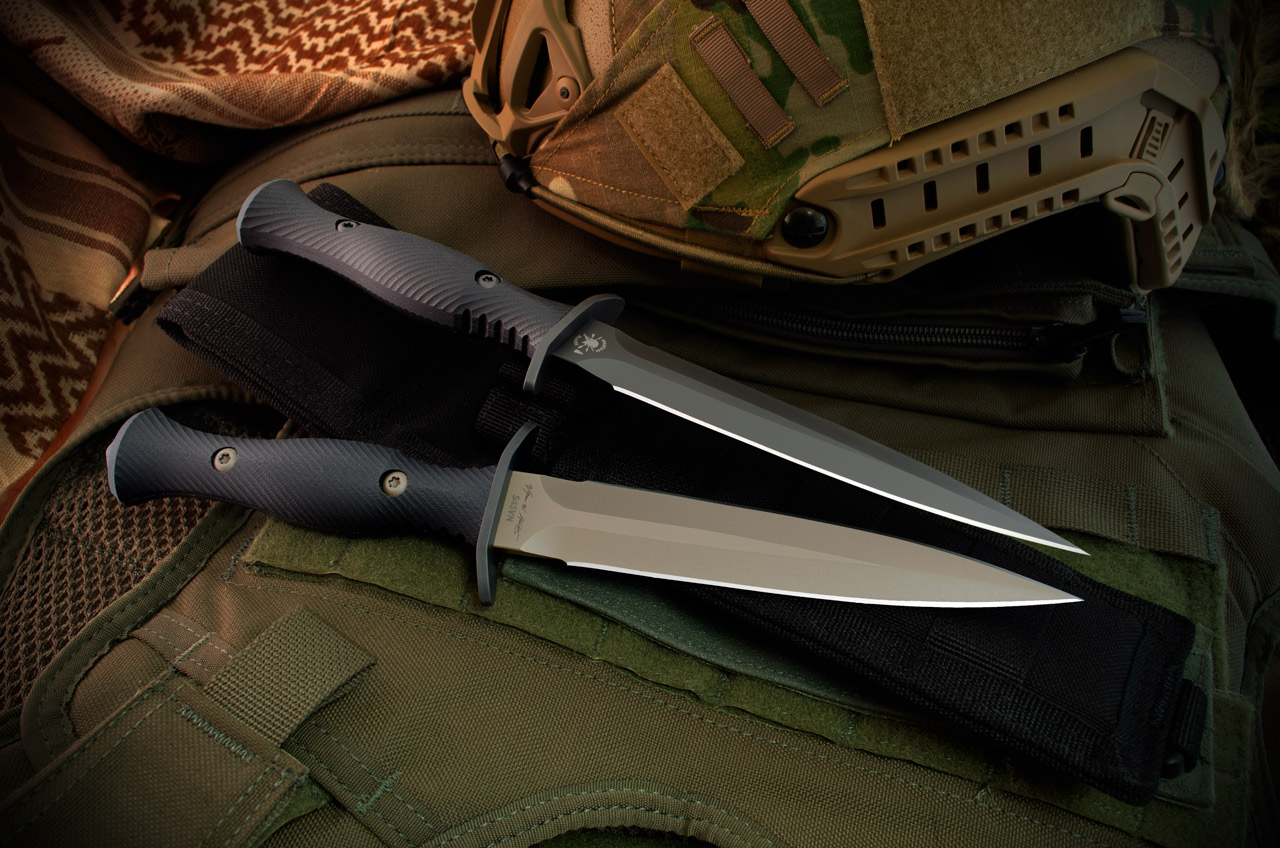 The Spartan-Harsey Dagger was made as a nod to the history and lineage of the U.S. Special operations community. The co-owners of Spartan Blades are both retired Special Forces Soldiers and the designer of the knife, William W. Harsey Jr. has made knives for Special Forces units for decades earning him the moniker “Knife Maker to the Green Berets”. As a young man Mr. Harsey even worked with COL Rex Applegate grinding knives to perfect his craft. Spartan Blades is located just off the back side of Ft. Bragg and provide knives for a variety of special operations units. It is not uncommon for am Operational Detachment to show up at the front door of the shop looking for knives.

In 2018 Spartan Blades approached Mr. Harsey with a simple request, “Design us a modern dagger that is an improved version of the historical combat daggers used by special Forces troops.” To the delight of Spartan Blades, Mr. Harsey was eager to take on the challenge. Both Spartan and Harsey immediately started researching not only historical accounts of troops using daggers in combat most of which were anecdotal, but also talked to soldiers who had recently used knives in combat. A common theme began to emerge. Almost every soldier involved in hand-to-hand combat with a blade did so at a breach point to a building and the technique employed almost every time was that of repeated “Sewing Machine” type stabbing. This action being performed until the opposing soldier stopped moving.

With this information in hand, they went to work on the design. Several things became apparent. The knife must have a rear swell on the handle as operators were pulling the knife as much as they were pounding with it. The knife would have to be full tang. After conversations with Green Berets, it became apparent that if the individual couldn’t 100% trust the knife, they absolutely would not use it….period! Spartan felt two things would ensure they could trust the blade.

Secondly, that the knife was pointy and sharp. Traditionally, most combat daggers weren’t very sharp. There are several examples of daggers used in WW II, Korea, and Vietnam that weren’t even sharpened. This was simply because the blade profile that makes a dagger a penetrating weapon is the same feature that makes dagger difficult to sharpen. This issue was solved by making the blade with a hollow grind that allows the SHD to sharpened with a very keen edge. 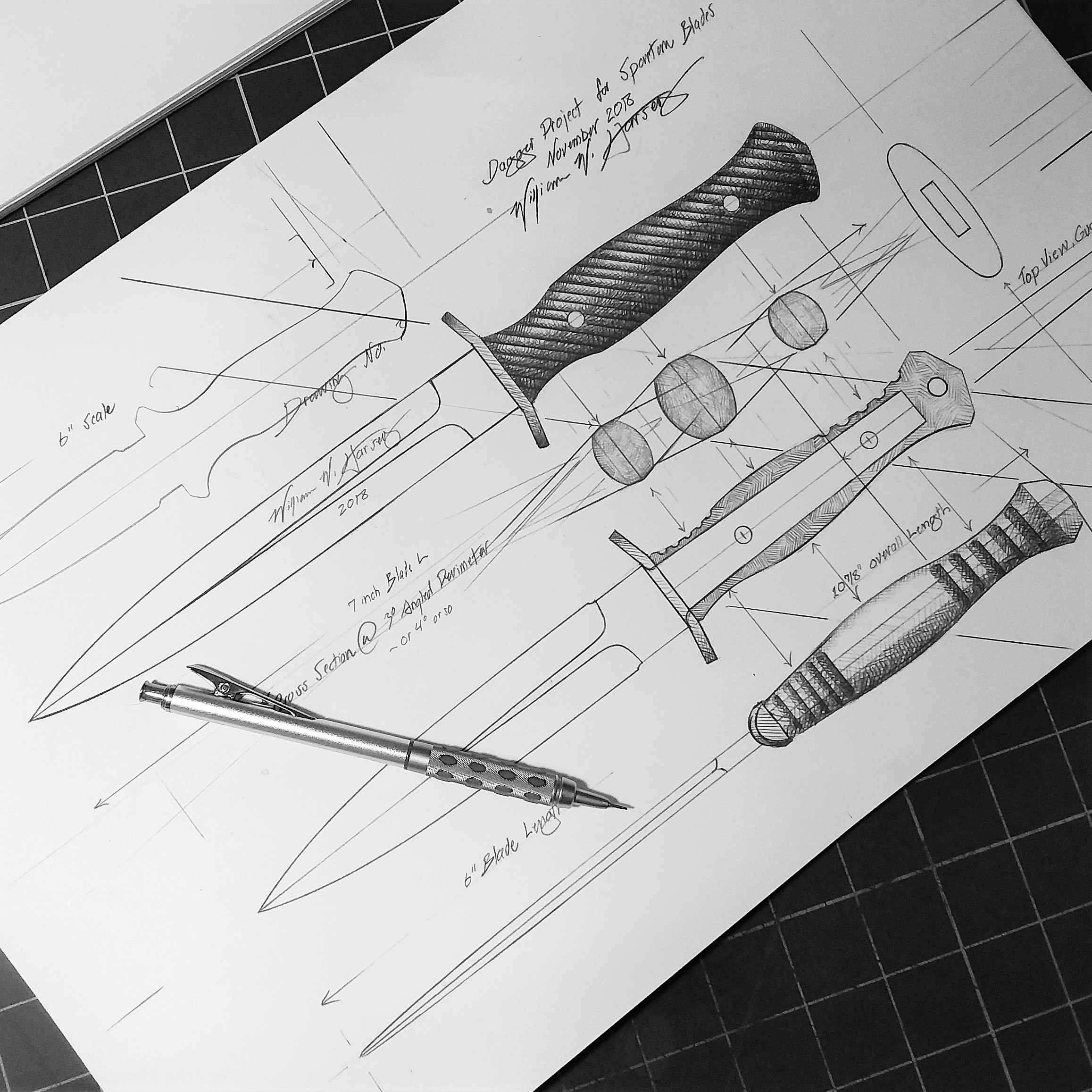 NOTE: Original design was not a full tang but was later changed as the designer thought it would instill more confidence in the user and make the knife stronger.

With Mr. Harsey’s in hand, Spartan Blades went to work on making the blade a reality. The first consideration was materials and processes. No expense would be spared in building the SHD. The steel of choice for the dagger would be Crucible S45VN. S45VN is a specially engineered steel specifically created for cutlery that provides edge retention, toughness, and tortional strength. It was the hope of Spartan that this would prevent the breaking of the daggers point during use. The steel would be double deep cryogenically treated to ensure the full capability of the steel would be realized.

The handle of the blade would be Canvas Micarta. While canvas Micarta is known for its ability to provide a sure grip during use, they also elected to use a milled “Step over” on the handles creating a distinctive look all while providing a handle that would not slip during use. This is a feature that Spartan has used on other knives for special operations units in particular, an element of the Canadian special operations community to be specific.

The Spartan-Harsey Dagger has quickly become a favorite of special operations troops going into harm’s way and is in use around the world.